Posted on July 21, 2015 by callyinwonderland

So, a few weeks ago, the nice folks at Summit Antler Chews sent me a few pieces of their product for my dogs to try and review. I was incredibly excited, because antlers are becoming very popular in many areas of the dog world. More and more, dog enthusiasts are training dogs to hunt for antler sheds, and people are swearing by them as dog chews. I have tried many different types of chews for my dogs. From pigs ears, to kongs filled with chicken liver pate; if I think the dogs will like it and it’s healthy, I’ll give it a shot. Especially since one of the great selling points of antler chews are their longevity, I was hoping that they would last a while for my vigorous chewers. As many of you know, dog chews can be extensive and you want to get the most out of the toys you buy for your dog. 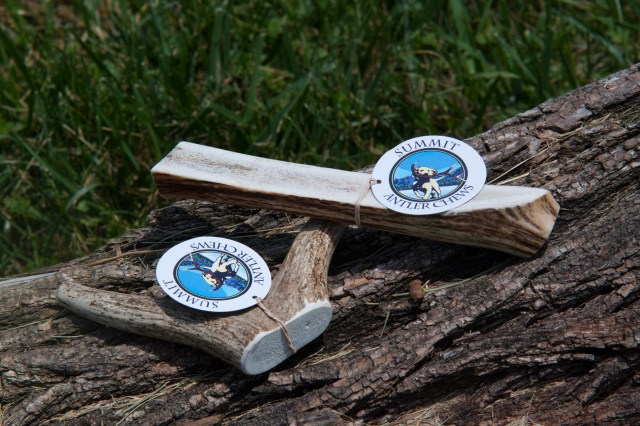 These are the medium sized chews. Perfect for my Lab and Mal! 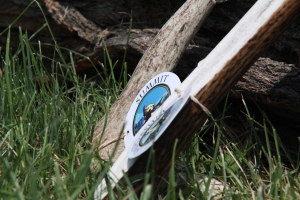 I have to tell you, I have been incredibly impressed. They sent me two medium sized antlers, one split down the middle, the other an intact tine. I decided to let me two biggest chewers, a 5 year old Malinois and a 2 year old black Labrador Retriever, give the antlers a shot. As soon as I put them down, both dogs took one and went off to their separate beds to enjoy.

The Malinois is a very picky dog, about everything, and what she chooses to chew on is no exception. She took to the antler immediately. The lab is a typical retriever and loves anything he’s allowed to chew on or carry around in his mouth. He’s also a trained shed hunting dog, which means that every year around February and March, we go out and look for antlers shed by deer in our surrounding fields. I have been making a few videos concerning training dogs to hunt sheds and have had no problems with him understanding the difference between the one he’s allowed to chew on and the one he’s suppose to bring back to me. It’s been a win win situation since receiving the chews from Summit Antler Chews.

Deciding if he’s suppose to retrieve it, or chew on it!

The dogs have been chewing on their antler pieces for about a month now and while there is the expected wear and tear from their teeth, both pieces are holding up nicely and I expect them to last another few months at least. 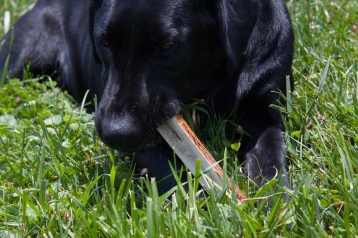 He caught on quickly!

The dogs chew on them probably 3-4 times a week in the evenings, after a long day in the field. The split antler, which I have pictured, has more wear than the intact tine, but both are holding up to my expectations.

After a months worth of chewing by both dogs, there is still a lot of antler left!

The are so many other benefits to Summit Antler Chews products besides the great bang you get for your buck. The most important to me, as a consumer, is how they are harvested. Sheds are collected after they drop from the animal during it’s natural, yearly cycle, so that new antlers can grow. This makes them a green product, with no extra additives or 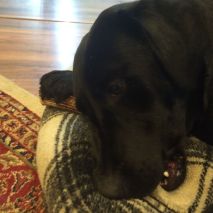 processing. You are basically taking what the earth gives you and re-purposing it. Everything that your dog ingests is organic and easily digestible. Even a dog with the most sensitive stomach (my black lab for instance) can digest this product with ease. They are also great for your dogs teeth, without splintering, like traditional dog bones. This means your dog can chew on them as much as they want without you having to worry about your dog swallowing little shards and harming his digestive tract. They are hard enough to clean tarter off of your dogs teeth, but giving enough as to not 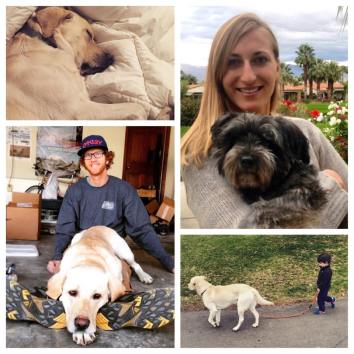 The owners with their happy pooches!

cause damage to their gums. Also, the people at Summit Antler Chews are pretty awesome and very easy to work with; they will go above and beyond to make you happy customers! You will also never meet a cooler dog than their mascot, Cooper!

He’s a great big yellow lab, in their ads, who has a personality that can’t be beat. And as chief product inspector, he puts his four paw guarantee on everything that leaves the warehouse! 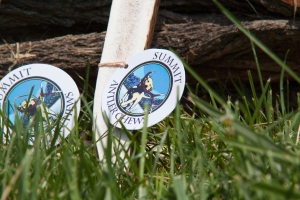 If you are looking for a great chew for your dog, that will stand up to even the toughest chewer, look no further than Summit Antler Chews. Your dog will love it and you will love how long they last! Reba and Deacon both give them a four paws up rating!